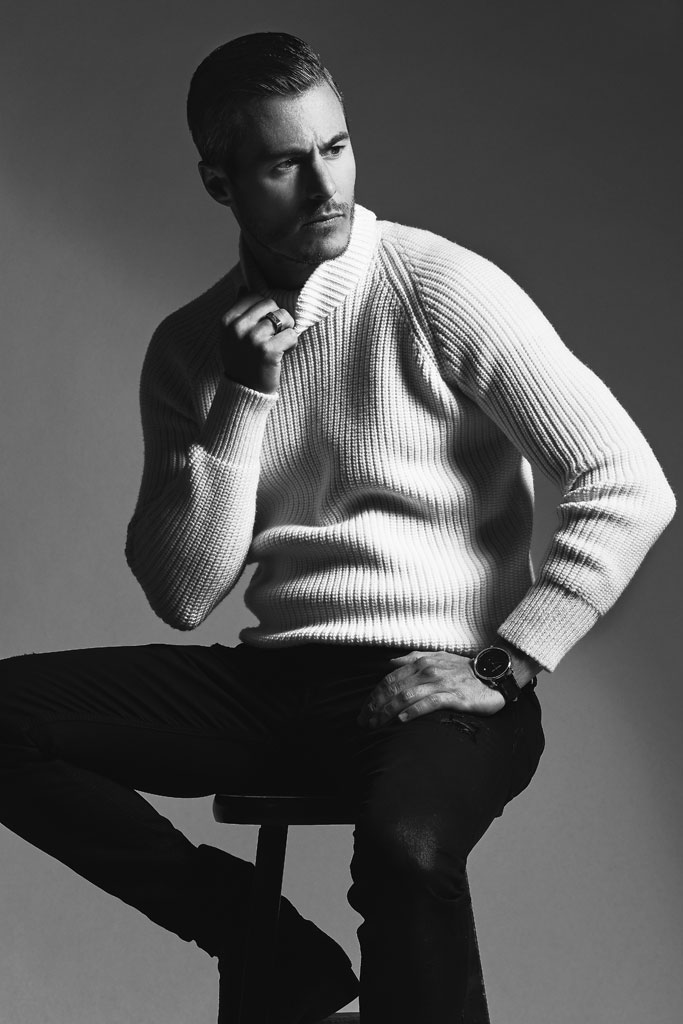 Bates’s story has strange echoes in the stories of Dean and Dan Caten, the Canadians behind D-Squared.

Your work is a breath of fresh air! Very tasteful, with thoughtful little design touches – a real modern take on classic menswear.

Originally from Canada, Christopher Bates has chosen his real name to represent himself in the fashion world. He was educated at Istituto Marangoni in Milan, a renowned institution synonymous with fashion, design and art. Since his debut, this intrepid designer has achieved a meteoric rise in the fashion industry. In 2014 he established his headquarters in Milan to produce, with pride, in this splendid country.

The determination that Christopher Bates expresses is almost palpable, and apparent in every aspect of his life. He is versatile and particularly focused on beautiful, innovative details. He has an innate curiosity and is inspired by anatomy, architecture, geometry and also from other art forms such as cooking. His ultimate style icon is Sean Connery’s James Bond. He sells to influential retailers including: Nordstrom, Harry Rosen, Gotstyle, and Espy.

In 2009, Bates was featured as one of the top menswear designers in Canada by Sharp Magazine. In 2012, he was featured as the only menswear designer in the Mercedes-Benz StartUp Program and awarded a sponsored show at Toronto Fashion Week. In 2014, he was included in Canada’s Top 100 Most Influential People (Alberta Youth Congress). He was also nominated for the 2014 and 2015 Notable Award for Fashion in Canada and the 2018 Canadian Menswear Designer of the Year Award (CAFA). In 2018 Bates won a Visionary Award from Fashion Group International, Toronto.

He also designed the new uniforms for Air Canada – one of the largest airlines in the world. Unveiled worldwide in the Spring of 2018, the new uniforms have won several awards including two Image of the Year Awards: “Best of the Best” and Transportation, People” from the North American Association of Uniform Manufacturers and Distributors (NAUMD), as well as “Best Design for Corporate Clothing” from the Professional Clothing Awards in London where Air Canada was the first North American company to win at these awards.

“Bates’s story has strange echoes in the stories of Dean and Dan Caten, the Canadians behind D-Squared.”